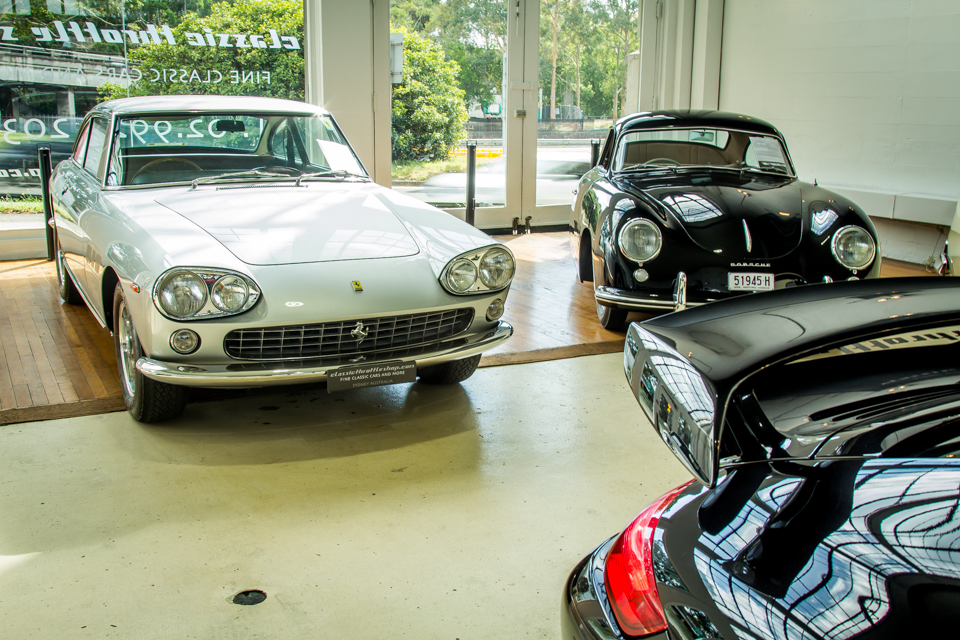 A stone’s throw away from one of Australia’s national icons; the Sydney Harbour Bridge, the Classic Throttle Shop is a must do, when you’re next in the NSW capital.

High quality classics and blue chip investments is what this place specialises in.

The gorgeous lines of the DB5 never get old. Just name a price…

Like the DB5 above, some car models are just timeless. Their legend is more than the physical car itself. The Muira fits that category perfectly. Imagine what it would have been like at the at the 1966 Geneva Motor show, where the prototype P400 debuted. Marcello Gandini’s sleek styling will forever remain utterly revolutionary.

The best of British all available at the Classic Throttle Shop.

With the inevitable demise of the Defender production, the original Land Rovers are gaining in popularity and are increasing in value. What was once considered an agricultural tool is now darn right cool.

This 1954 Swallow Doretti is a first for this Blog. Based on the tubular frame chassis of similar to a Triumph TR2, just 275 cars were produced.

This beautiful 1965 Alfa Romeo Giulia Spider (Veloce) is another rare breed indeed. Being the rarest variant of the 750/101 line with just 1,097 cars produced worldwide.

The Classic Throttle Shop also feature modern classics such as this immaculate 1994 BMW E36 M3. This ones no ordinary E36 though. Following their success in the Paris to Dakar rally BMW chose Dakar Yellow as the Hero colour for the E36 M3 models. Selling limited numbers of just 292 in 1994 only 35 where produced in this signature colour.

So the next time you’re in Sydney pop by the Classic Throttle Shop. You won’t be disappointed.

Now just one more problem remains. Should I take the DB5 or the Muira?

Thanks for reading. Watch this space.