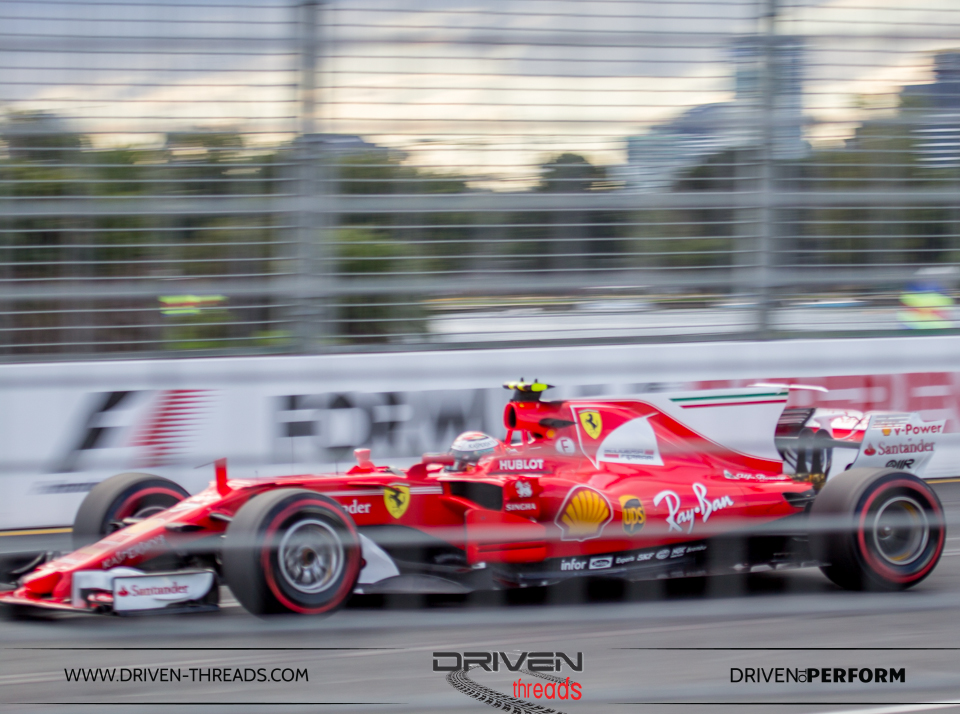 With Shanghai just concluded and the next round in the F1 season, right around the corner. We thought we would reflect on the season opener and Melbourne’s turn for 2017.

Ofcourse, we’re biased, but know one does the Grand Prix like Melbourne.

In Melbourne, the Grand Prix is not the main event. It’s a festival.

On track action from a variety of cool categories.

And naturally there was one guy we were all wanting to take victory! (Unfortunately the weekend was one Daniel would rather forget.)

With annoying metal safety fences aroud the track circuit being a photographer’s nightmare. We have tried out best to capture some of the on track action. Atleast the imposing fences can be used to create some interesting effects.
Saturday’s GT race saw Kelvin van der Linde in the Audi R8 LMS take victory.

After carnage throughout the weekend in the Supercars Challenge we were impressed with Fabian Coulthard’s drive in Race 3. The Shell V-Power Racing Ford Falcon FG/X would have to have the most classic livery in the field. We do feel that the Supercars should be running for points at this weekend. Hit us with a comment below if you agree.

McConville in Carrera Cup was consitent throughout the weekend. The nimble Carrera’s seem to suit the Albert Park circuit perfectly.

Ofcourse Hamilton scoring pole for Sunday’s big race was to be honest predicted. With a blistering time of 1:22.188 we were finally able to see the results of modifications of tyre/wheel widths and aerodynamics changes for this season.

What wasn’t predictable was that he would loose a podium place. After Vettel made the most of his ultra-soft tyres to gain the lead after lap 17.

It was Vettel’s second win in Melbourne and Ferrari’s first win in Australia for a decade since Finn Kimi Raikkonen finished first in 2007.

With Ferrari now back in the game and now a genuine competitor to Mercedes, its going to be an interesting season to observe.

And the battle all started here in Melborune.

Thanks so much for reading.