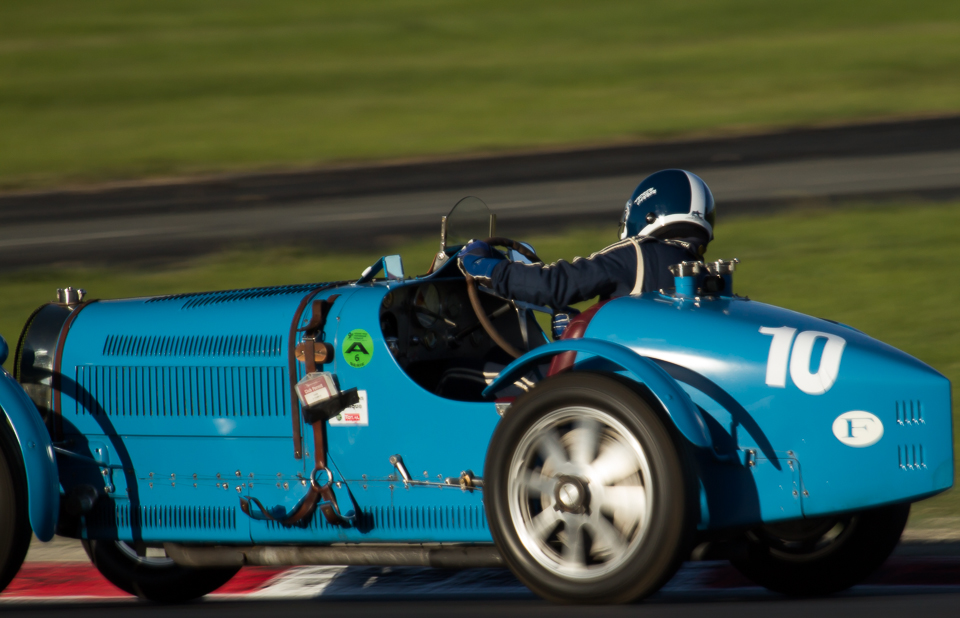 The old adage ‘If it ain’t broke…don’t fix it’ certainly applies to Historic Winton. It’s an event that keeps building and growing every year.

But the core feel of this event has remained unchanged.

The variety and balance of cars and events is spot on!

This is an event that doesn’t need any tinkering with…and long may it continue.

For forty years, Historic Winton has been one of the premier historic events on the Australian Motorsport calendar.

Brilliantly organised by the Austin Seven Club of Victoria and the Historic Motorcycle Racing Association of Victoria this year’s event continued to be just as successful as the first one, held way back in 1977.

It’s the only event in the country which has historic cars and bikes running at the same meeting. Everyone’s mates here.

We’ve previously covered this event, but we’ll need more than two hands to count the number of times we’ve made the trek up to Benalla in the last weekend in May.

It’s a bit of a winter tradition.

From all around the state and beyond, cars of interest made the pilgrimage to the High Country in north-eastern Victoria.

One of our favourites was this P1800 on tasty Minilites, the perfect classic GT car to chew through the Hume highway miles. These cars effortlessly ooze coolness.

Or if luggage was required you could bring this ES version. Introduced in 1972, only 8,077 examples of the ES were built in its two model years.

Parade laps of display cars were a great photo opportunity.

Two huge fields of regularity events were featured over the course of the weekend. One of the highlights of which was the Meerkat V12 Racer, a hand-built car taking its design inspiration from the 1939 Mercedes W154 V12.

Throw in Mini’s and Muscle cars…and its always going to be entertaining.

In more ways than one.

The Charger of Les Walmsley and the Mustang of Darryl Hansen were neck and neck in most races.

Pleasing the Mopar fans, the Charger proved the victor in Sunday’s battle.

We make no apologies for the abundance of Bugatti images; the fact is after 90 years they are still awesome machines. During the late twenties and into the thirties this marque was unbeatable. Bugatti had a five year sweep of the Targo Florio and in 1926 the Type 35 took out 12 major Grand Prix’s and the World Championship. Bugatti was influential in the early days of Australian Grand Prix, taken out four AGP events.

Seven Bugatti’s were displayed on and off track over the weekend.

One of our favourites was this cheery Type 37/35 B defying the French blue convention.

The unique body style of this 1958 Prad 5 Sports in the LbS category looks awesome in motion.

With closely matched cars, there was close racing and exciting moments to be had.

The sweet twin-cam engine note in this 1973 Alfa Romeo GTV 2000 was evident as it passed.

The rapid 1971 Corvette Stingray driven by Paul Blackie, always seems to be in incredible form and this weekend was no exception.

The character-filled Monoskate Special was in a class of its own, well ahead of the pack in the Group J & K class.

Stuart Steinfort piloted this 1934 MG PA in Group K for cars with a capacity up to 1500cc.

Despite some promising times, unfortunately some mechanical trouble forced an early retirement.

The workmanship under the bonnet is in a class of its own.

The Riley of Rees Mackay is a well-campaigned race car featuring a 6 cylinder engine.

Congratulations to all the organisers and volunteers who made the 40th Historic Winton an unforgettable event.

So the 41st Historic Winton….bring it on. If it ain’t broke…

Thanks so much for reading.